Chronik of Neubäu with Fuchsberg

The border village of Neubäu once was located not far from the Fuchsberg and about six kilometers southwest of Heiligenkreuz. North of that place the 706-meter high Neubäu] rises. There is a very good overview of the entire administrative district of Hostau from these heights. The village of Neubäu was founded in 1500 by farmers and forestry workers from the Oberpfälz. The original village consisted of four houses built around the “Hammerbrunnen” [hammer spring]. Pursuit of the business of “Glassschleiferei” [glassgrinding] was already underway at that time. 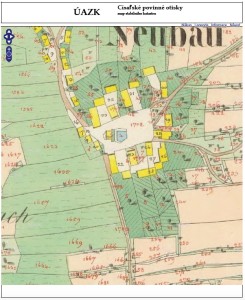 In the middle of the century the greater part of the settlement was destroyed by fire. Some years later it was reestablished a little south of the old location and from that time it was called “Neugebau” [new building]. Over the course of time this name became “Neubäu.” The oldest inhabitants of the village include the surnames Wiedl, Liebl, Dietz, Rebitzer and Eckert. The “ortsteil” [section community ],Fuchsberg, located at the base of the “Neubäuhohe” must have appeared about 100 years ago. A large Farmstead with courtyard whose owner was named Gach was the first building found here. That property must have been divided among several sons of the family with the result that more farmsteads appeared.

Ever since 1789 Fuchsberg belonged to Heiligenkreuz Herrschaft. In 1839 there were 12 houses in Fuchsberg and 116 residents and the children attended school at Schwanenbrückl. It belonged to the community of Neubäu in 1913 and grown to 16 houses with 106 residents. In the course of the same decades the village of Neubäu had itself grown considerably. In 1839 there were 24 houses and 171 inhabitants, in 1913 there were 33 houses with 262 inhabitants and ultimately there were 45 house numbers.

In 1937 the combined landholding for the “Katastral” community of Neubäu was 330 hectares. The people made their livings predominantly by farming and forestry. There was a farmstead owning 15 hectares of land in Neubäu number 5 and in Fuchsberg number 6. Farmers in Neubäu also included a smith, two joiners, one carpenter, one turner and a cooper (called “Binner”).

Finally there was also a millworks and a plank-saw [Brettsöge]. The menfolk of the families with small landholdings had a second occupation as lumberjacks, masons, construction workers and day workers. The women earned money during the winter by making lace –money often needed to defray household expenses. Over the summer months the young girls to seasonal work in the world- famous spas at Franzensbad and Marienbad.

The village church, dedicated to St. George, stood at the village exit to Fuchsberg. The Holy Mass was celebrated here only on holidays. Neubäu’s church-connection was to the parish of Heiligenkreuz. The children went to the one-room Volkschule in the village — a school which was enlarged to a two-room school in 1928-29. Cultural life was enhanced by the Musikkapelle Braun [a band led by Herr Braun]. In addition Neubäu had a volunteer fire department.

Today the village of Neubäu no longer exists. The fields and meadows are used as pastures. Three men from Neubäu and Fuchsberg were among the fallen in the First World War. During the Second World War seven men fell and four men were missing. 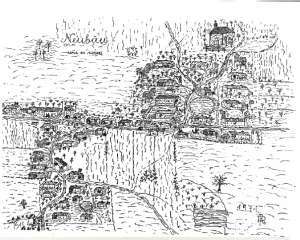 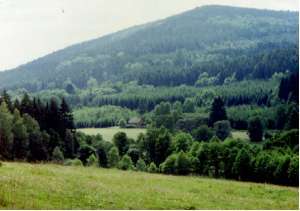 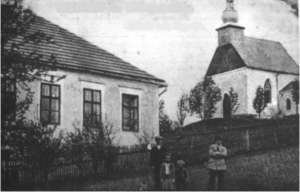 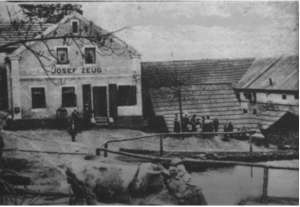 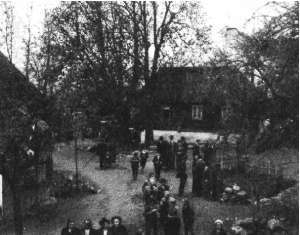 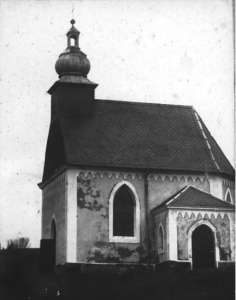 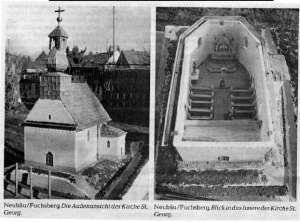 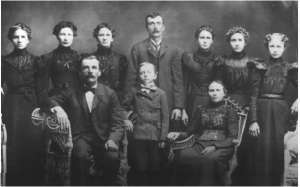 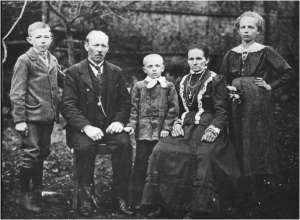 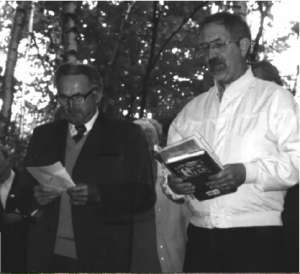 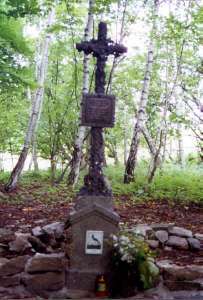